Frosty gets taken out of the race on lap 1

Speed was not the problem for Ford Performance Racing at Phillip Island today, with Mark Winterbottom qualifying the Orrcon Steel FPR Falcon on the front row.

Just two laps into the race, however, an over-enthusiastic Shane Van Gisbergen pulled an arrogant move into turn one that sent Frosty skidding across the gravel at 230kph.

Winterbottom looked to have saved the car from retirement, steering back onto the track albeit at the back of the field. A fight-back was not to be, however, as the incident ripped a belt from the car, killing his oil pressure and cutting the engine on pit straight.

“I had no grip off the line and then it was pretty greasy for the first lap,” said Frosty. “I was just about letting everything come up and waiting for the tyres when the incident with Shane happened.

“He wasn’t alongside me; I would have given him room if he was in. He got me straight in the rear and I was off at high speed; it’s pretty disappointing.”

Steve Richards could not improve the handling of his Castrol FPR Falcon for qualifying this morning, starting from the 12th row. It was transformed in the race, however, and by the end Richo’s lap times were equal to the top three when given clear air. He finished 14th.

“The car was much better in the race,” said Richo. “I was doing times competitive with the top three; I was going faster than Garth Tander.”

“The car in qualifying just didn’t have the grip. I stand here and say that but my team-mate was on the front row. It’s been one of the most frustrating race weekends of my career. I’m driving the car as hard as can drive it and I’m 24th and 26th but if I drove the car any faster I’d have had a crash.”

Cars will be back on track at Barbagallo for races 23 and 24 of the Championship from 20 - 22 November. 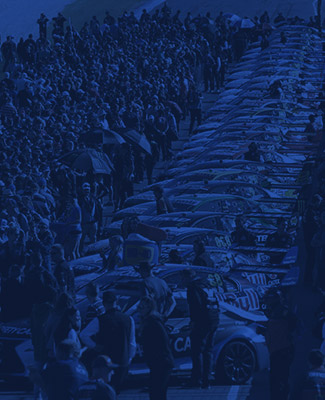